A Sycamore Services participant working toward his dream of becoming a chef is sharing his passion in Hendricks County.

Danville resident John Luecht pursued his career in the food industry in 2014 at McDonald’s in Plainfield, where he cleaned tables and dishes for nearly six years. He decided to attend Erskine Green Training Institute based in Muncie, which provides postsecondary vocational training for adults with disabilities and offers training programs in food service/restaurant, healthcare support and hospitality.

Luecht received industry-recognized certification as a kitchen cook through the institute a year ago.

And if you’ve attended Charbonos in Avon for an evening meal, it’s likely that Luecht helped prepare your appetizer, pizza or dessert in the six months he was employed there, most recently until this past May. This summer, he was a cook at Camp Tannadoonah in Vandalia, Michigan, where he also put his culinary skills to good use, in addition to cleaning and sanitizing as needed.

He is also playing a role this year in feeding more than 1,000 children enrolled at Plainfield Middle School, where he works as a cook making pizzas and cookies during the week.

Luecht has worked closely with his employment consultant Clay Cramer, who provided support for four job interviews Luecht had in Danville, Avon, Brownsburg and Plainfield for food service positions.

“John was offered jobs from all four locations. John had the luxury of choosing where he wanted to work,” Cramer said.

Luecht and his family ultimately determined that Plainfield was the best choice for him and began working for the Plainfield Community School Corp. on Sept. 9.

“John has made an outstanding impression on his managers and coworkers,” Cramer said. “John has already established himself as an important member of the food service team at Plainfield Middle School.” 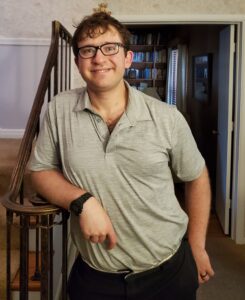 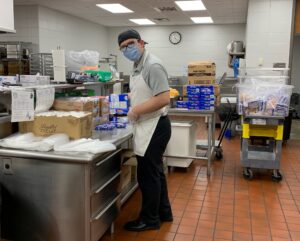 All posts by Matthew Kent